Since our first presentation on August 17, 2017, ADP has yet to respond to the substance of our arguments and it has effectively stated that it can’t do any better. Pershing Square has been publishing a series of weekly questions to ADP and asks that ADP answer these questions publicly and in a timely manner so that all investors may better evaluate the company’s performance and future prospects.

Despite a significant boost to growth from the implementation of the Affordable Care Act (“ACA”), ADP Employer Services’ growth remained constant at a ~6% organic growth rate in FY 2015 and 2016, suggesting an underlying deterioration (largely in Enterprise) which was masked by ACA tailwinds. As growth tailwinds from ACA have faded, growth has decelerated to low-single digits. ADP’s three-year plan released on September 12th implies Employer Services accelerating and achieving growth of 7-9% in FY ‘19 and FY ‘20. How will ADP achieve this significant acceleration in growth?

We understand that ADP has commissioned various consulting studies over recent years which have outlined substantial efficiency opportunities. Please outline for shareholders the conclusions of these studies. What corporate inefficiencies did these studies address – including management spans and layers, real estate consolidation, and ADP’s siloed and outdated business unit structure – and what was the timing and the magnitude of the potential savings identified? Were these consulting studies shared with the Board?

Competitors like Workday, Ultimate Software and Ceridian’s Dayforce have taken substantial market share at the expense of ADP, despite ADP spending significantly more on R&D. Why doesn’t ADP have a best-in-class product for the Enterprise market?

Why is ADP’s labor productivity ~28% below its competitors’, particularly in light of its enormous scale advantage? 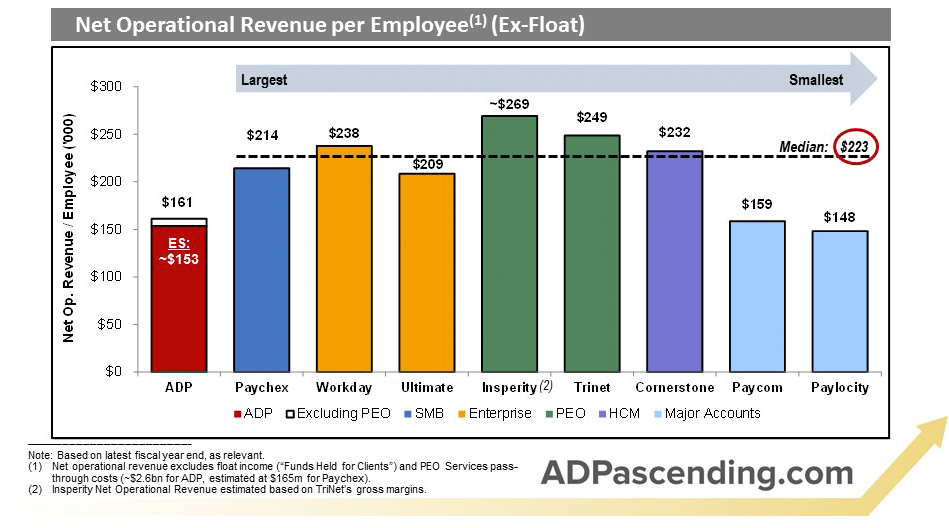 When ADP owned Dealer Services, it aimed to produce just ~50bps of annual margin improvement. When Dealer Services was spun-off as CDK Global (“CDK”), it promptly identified an opportunity to double margins without negative consequence to CDK’s customers, shareholders or other stakeholders. Why was
ADP not able to realize this opportunity when it owned CDK?

(1) Adjusted margins expensed stock-based compensation and D&A. 2014 EBIT adjusted to expense $16.8m of incremental costs associated with the formation of corporate departments as a stand-alone public company. These costs were incurred in fiscal 2016 and have been reflected as adjustments in fiscal 2014 to present these periods on a comparable basis. 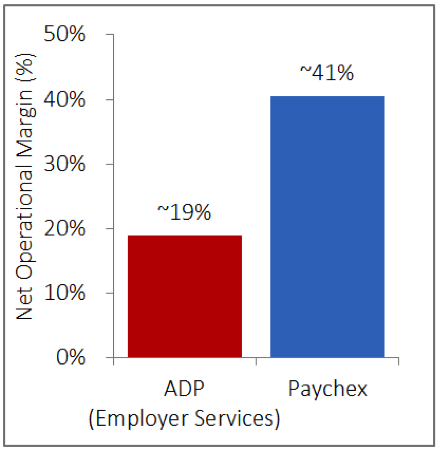 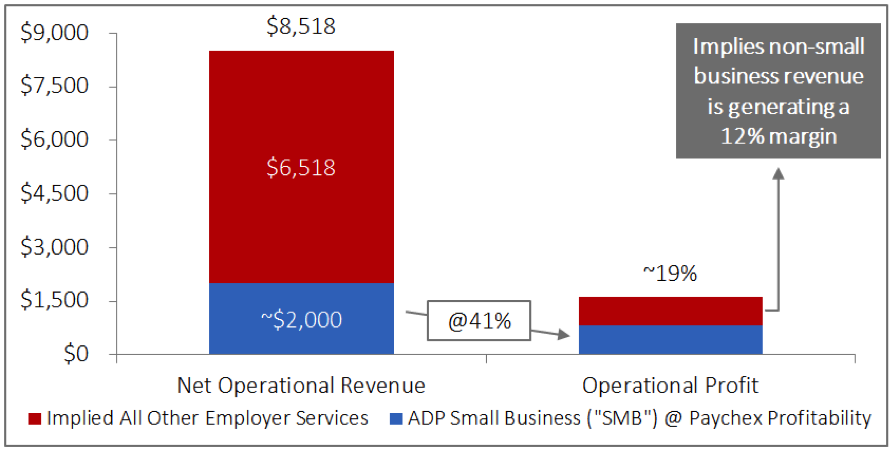